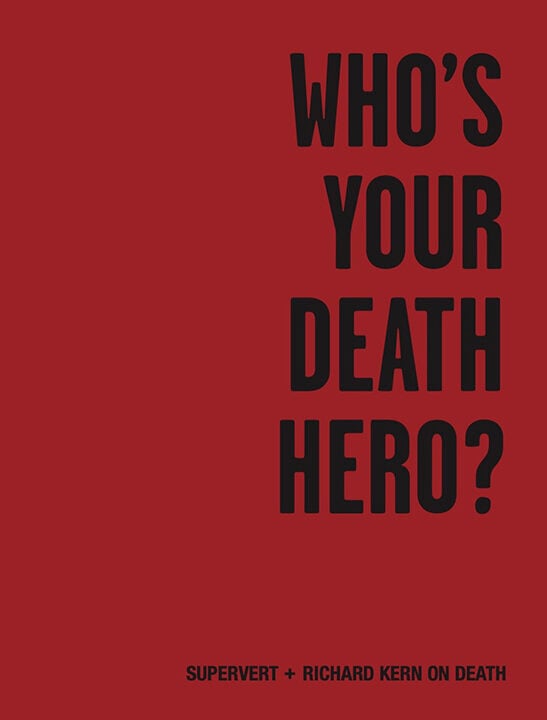 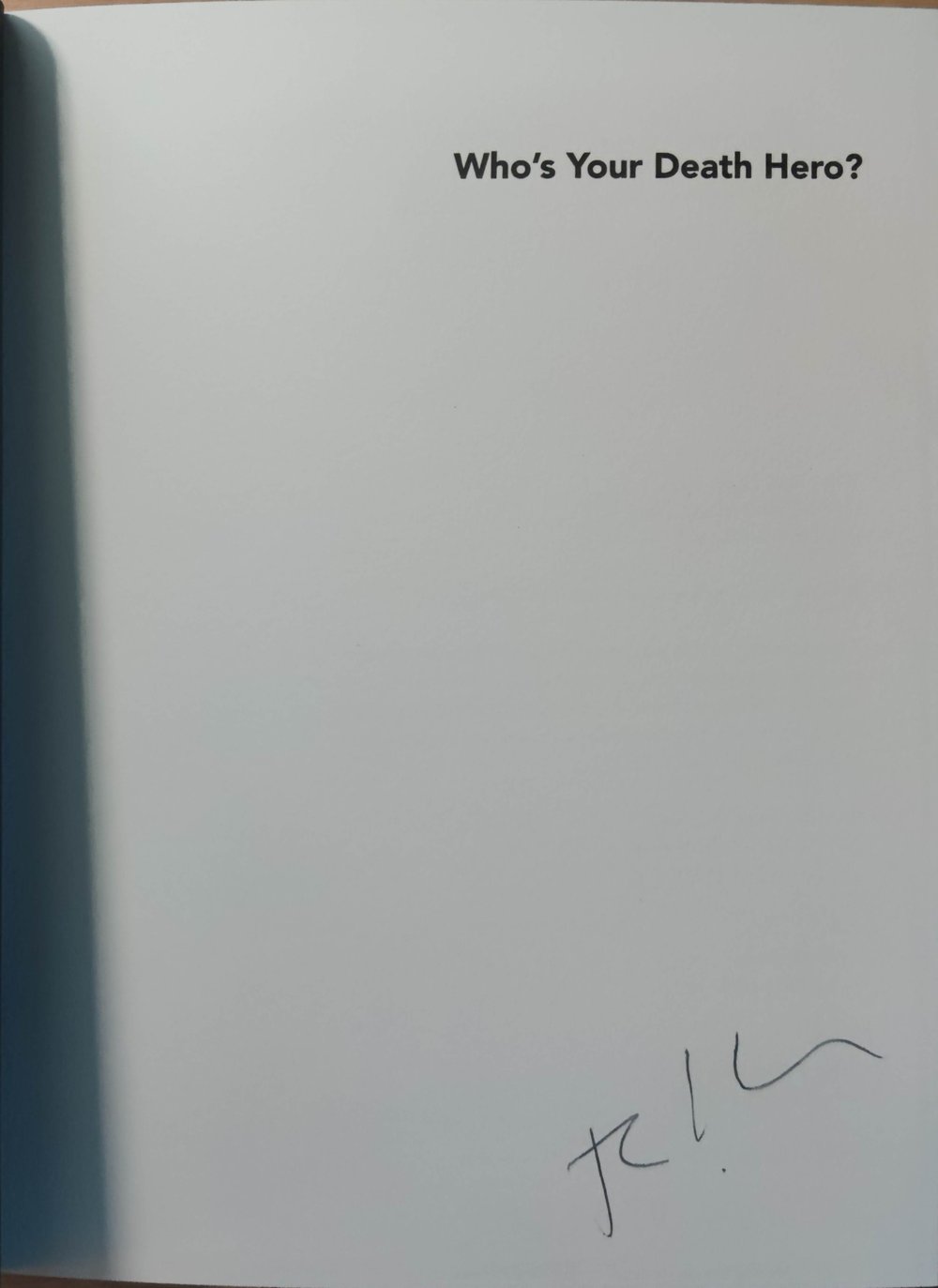 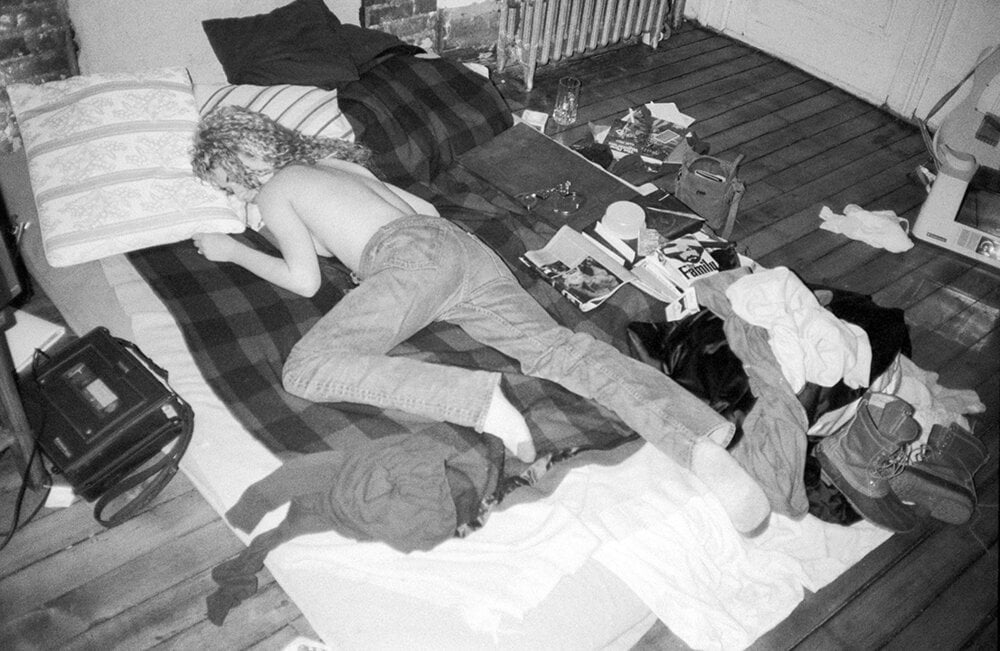 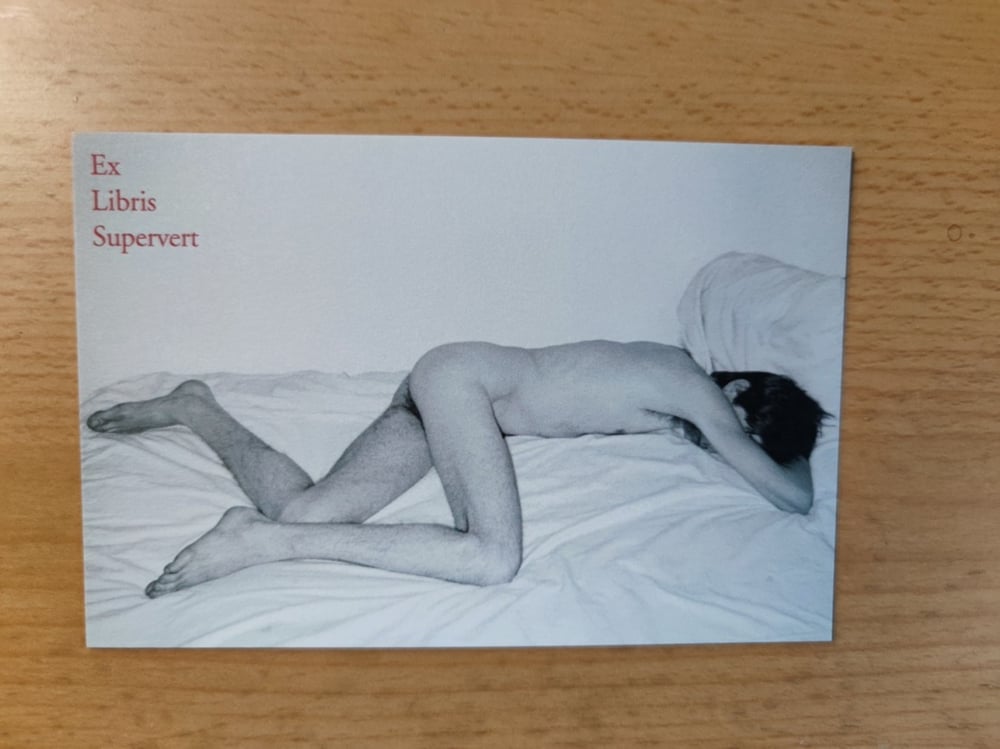 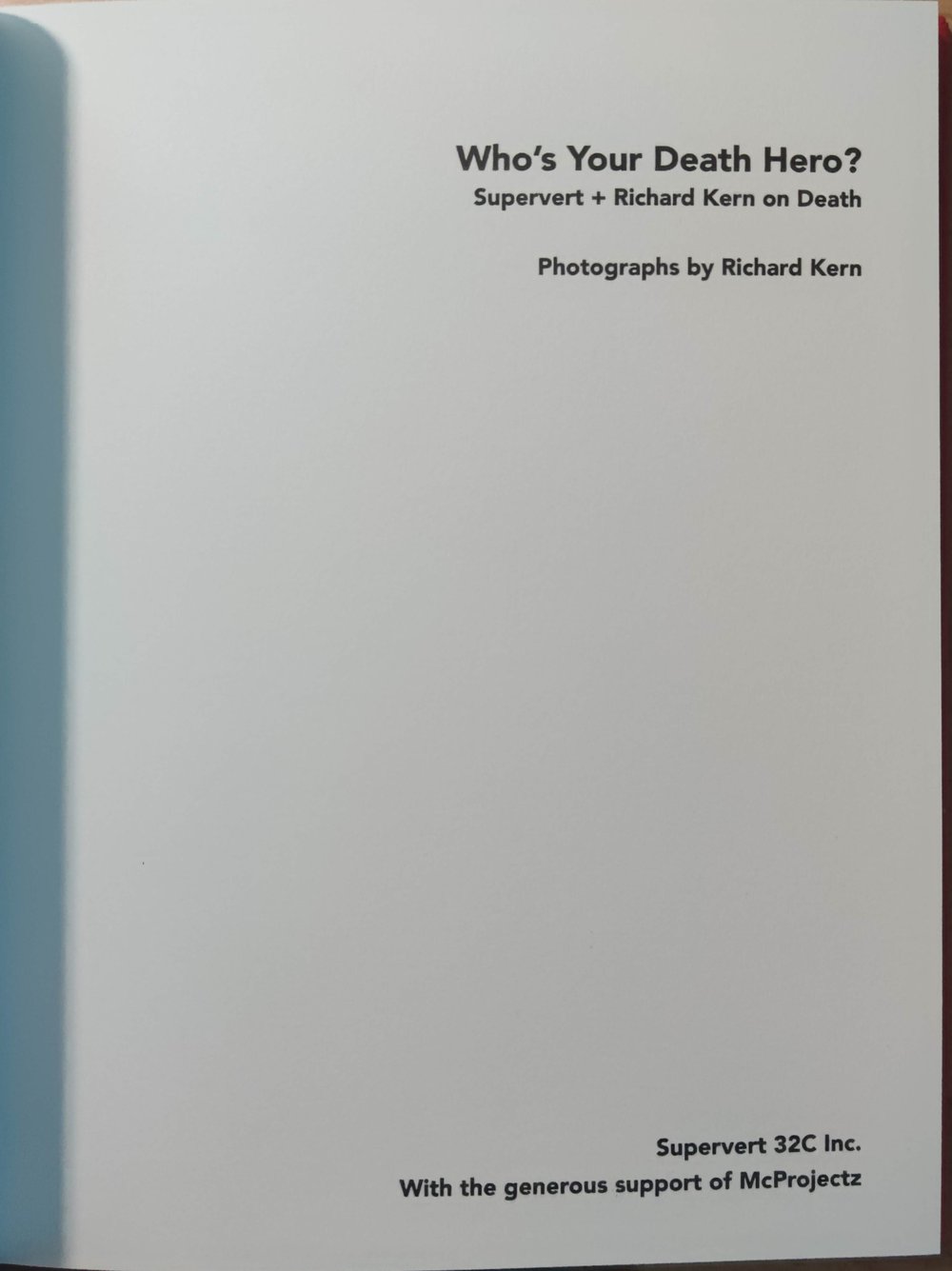 Who's Your Death Hero?is a collaboration between Supervert and underground legend Richard Kern. The book presents an extended conversation in which the writer and the photographer / filmmaker explore a single subject — death. The conversation begins with reflections on awareness of one's own mortality and expands from there to include suicide, homicide, the intersection points between death and art, drugs, sex, the beauty of cadavers and the importance of last words.

Already a fan of Death Trip films, Supervert first met Kern in New York's East Village in the 1990s. "Multiple times over the years," Supervert writes in the introduction, "I said to myself, 'I ought to write something about Kern.' I believe that one test of an artwork's merit is your ability to remember it afterward. If that's true then, for me anyway, Kern has made some really great photographs and films. They have been rattling around in my head for a long time." It occurred to Supervert to stage a series of conversations with Kern about the nature of death. The pair were just finishing the book when the Covid-19 pandemic hit New York — a grim reminder that conversations about death are never merely theoretical.